October 2014, IHG honored the Holiday Inn Express Dayton South/I-675 as they presented them with their SECOND Torch Bearer Award for two years in a row. This adds to the first award they won the Newcomer Award. General Manager Mike Hyslope said “It was an honor to accept our 2nd consecutive Torchbearer Award this year from IHG – InterContinental Hotels Group.” This award is given to the to…

But one of the men behind the new facility, Har Bhatnagar, president and CEO… 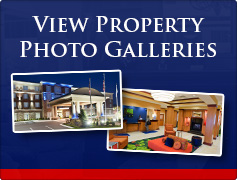